We constantly live in thoughts. They are the evidence to our existence as well as our perception of time. When the viewer reads through each text, they essentially consciously live in the very moment of reading that text.
‍
This series of virtual reality poems serve as a visualization of how we spend most of our moments in thoughts, despite they cannot be seen or touched. I intend to synchronize the viewers’ thoughts with their actions as they immerse themselves in the environment to create an illusion of the present moment.

Thoughts are magical objects. When given physicality, they don’t necessarily act on laws of physics. We do not know where they come from, and who decides for them to come and go. Sometimes one thought leads to another, creating a stream of consciousness, and sometimes they come in fickle fragments, with some remaining and some perishing away.

In this series VR poem, the dynamic texts that act like snow flakes, water, and waves are customizable according to each viewer's individual input. 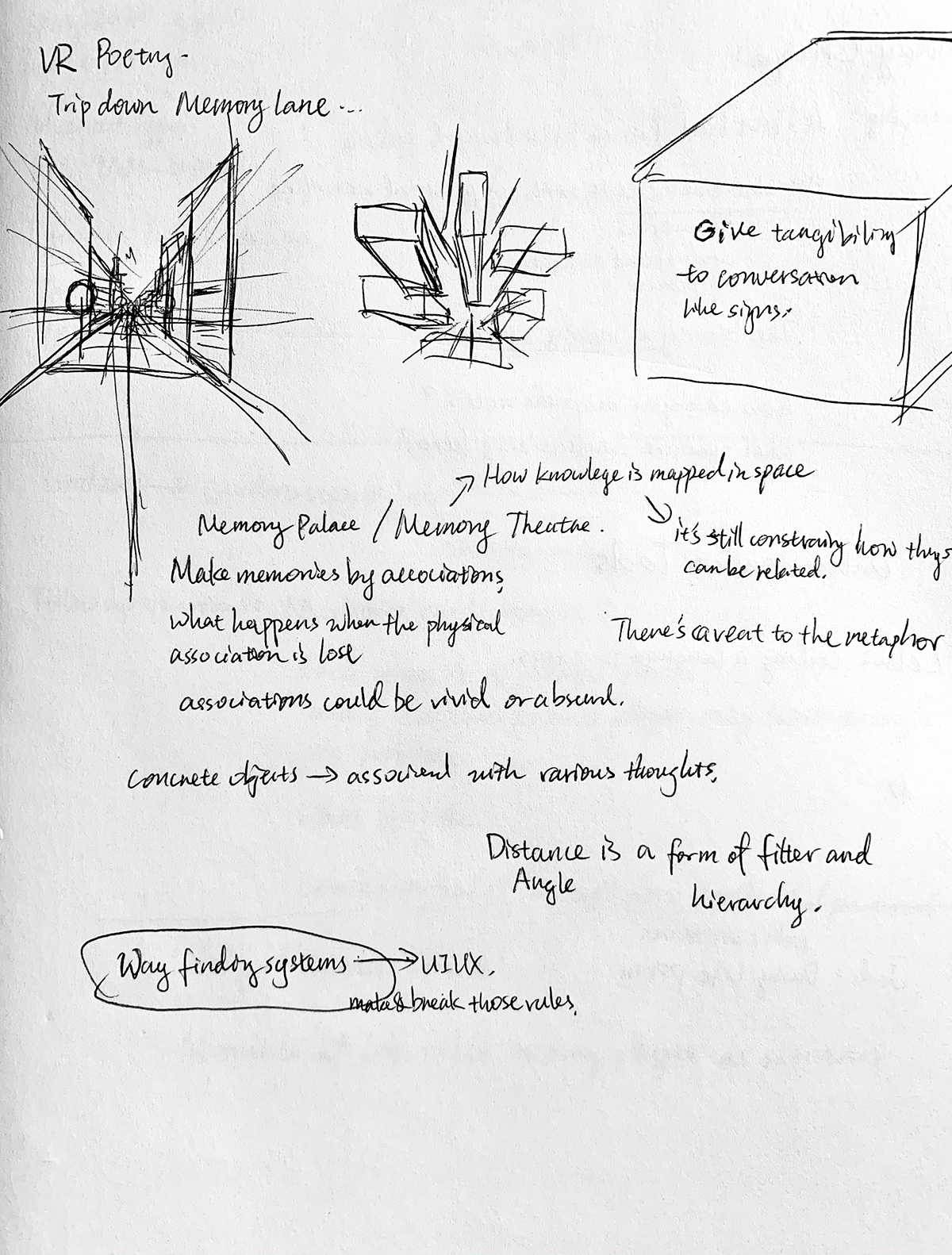 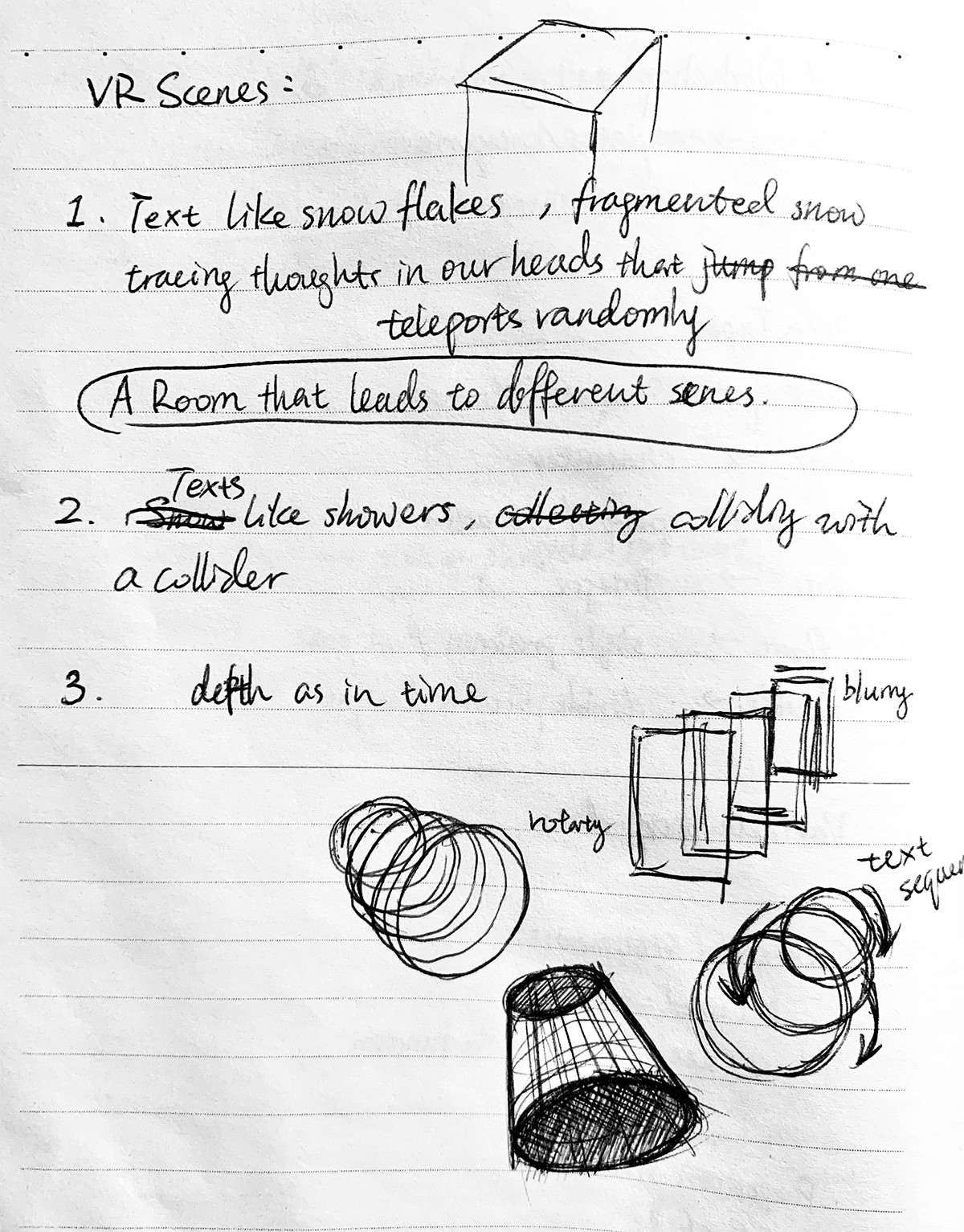 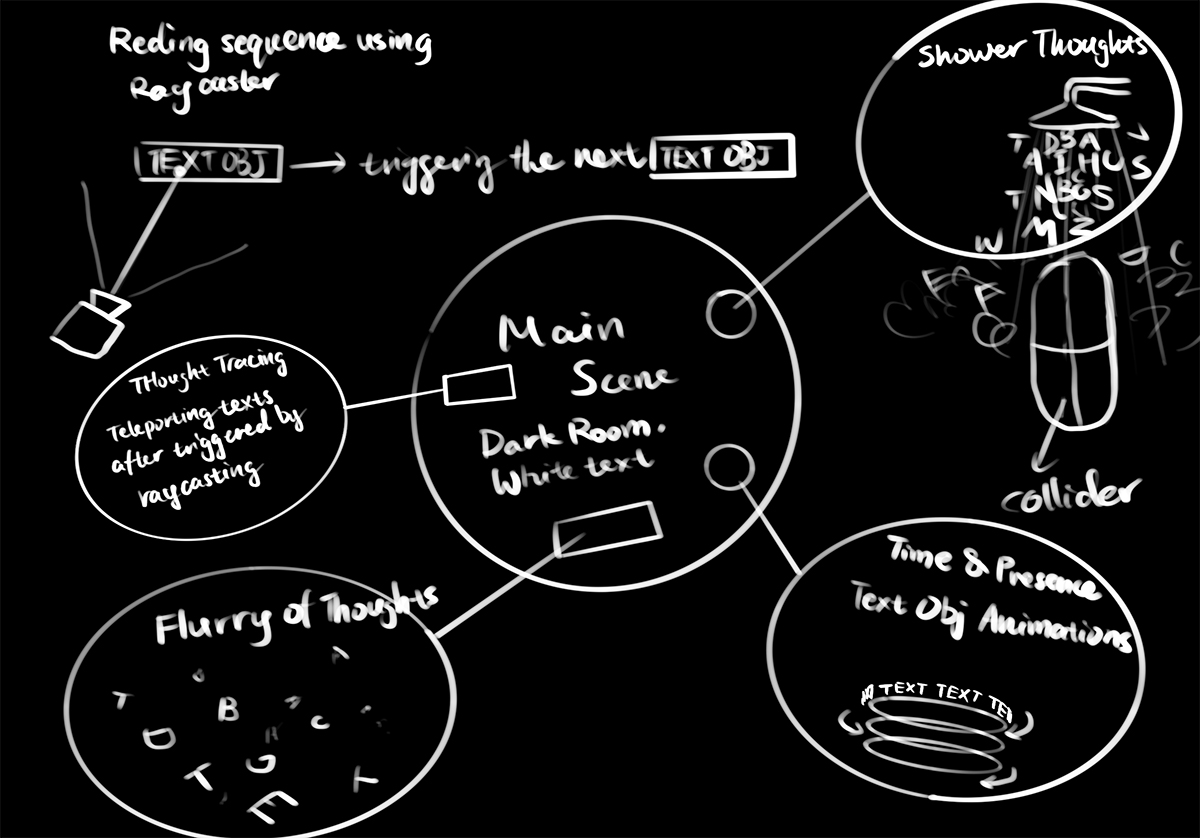 Exploring elements of depth, time, and space, I curated each poem as instructions to guide viewers to experience the VR typography not just as texts, but expressive objects 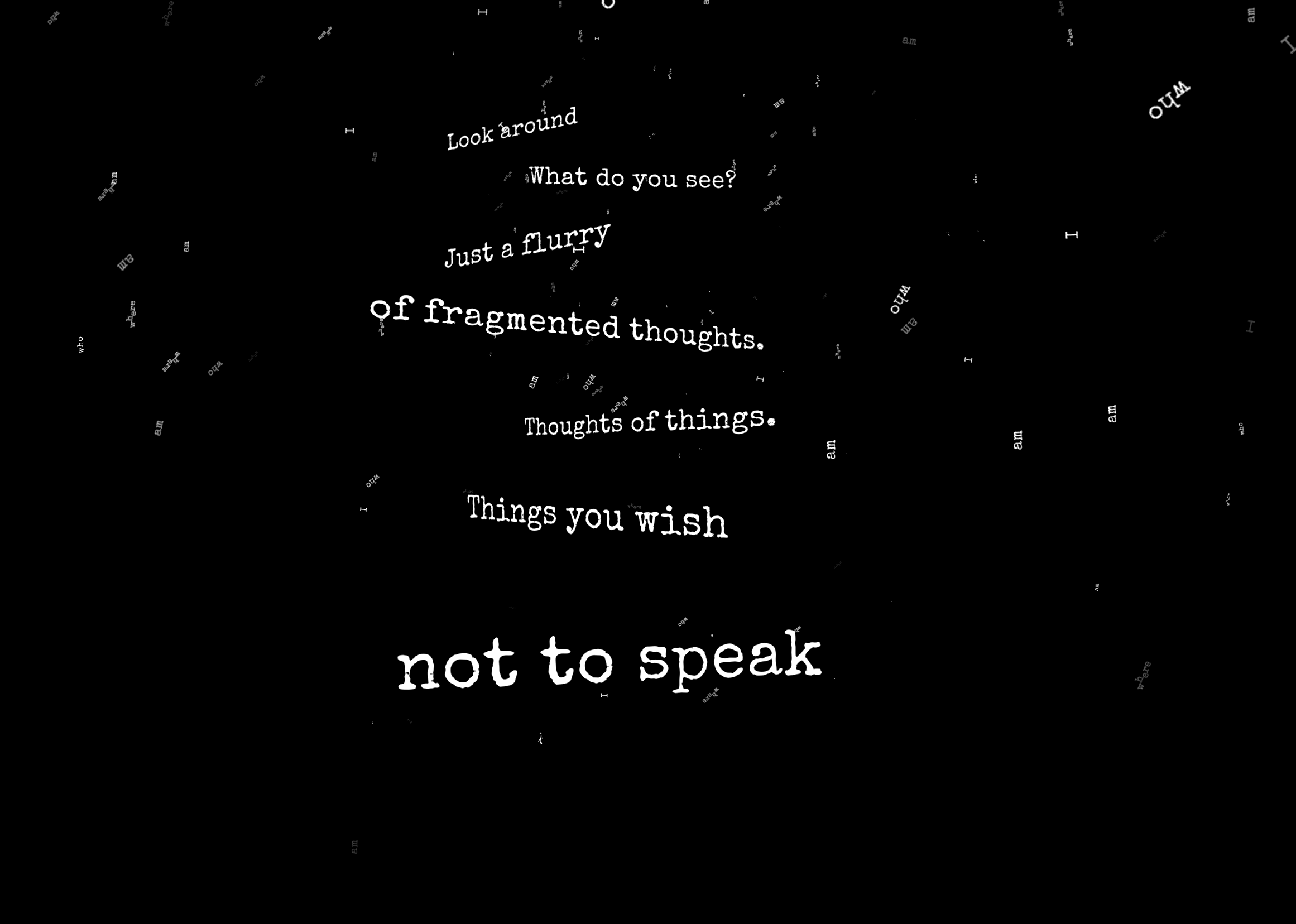 Text objects configured as a flurry of snowflakes 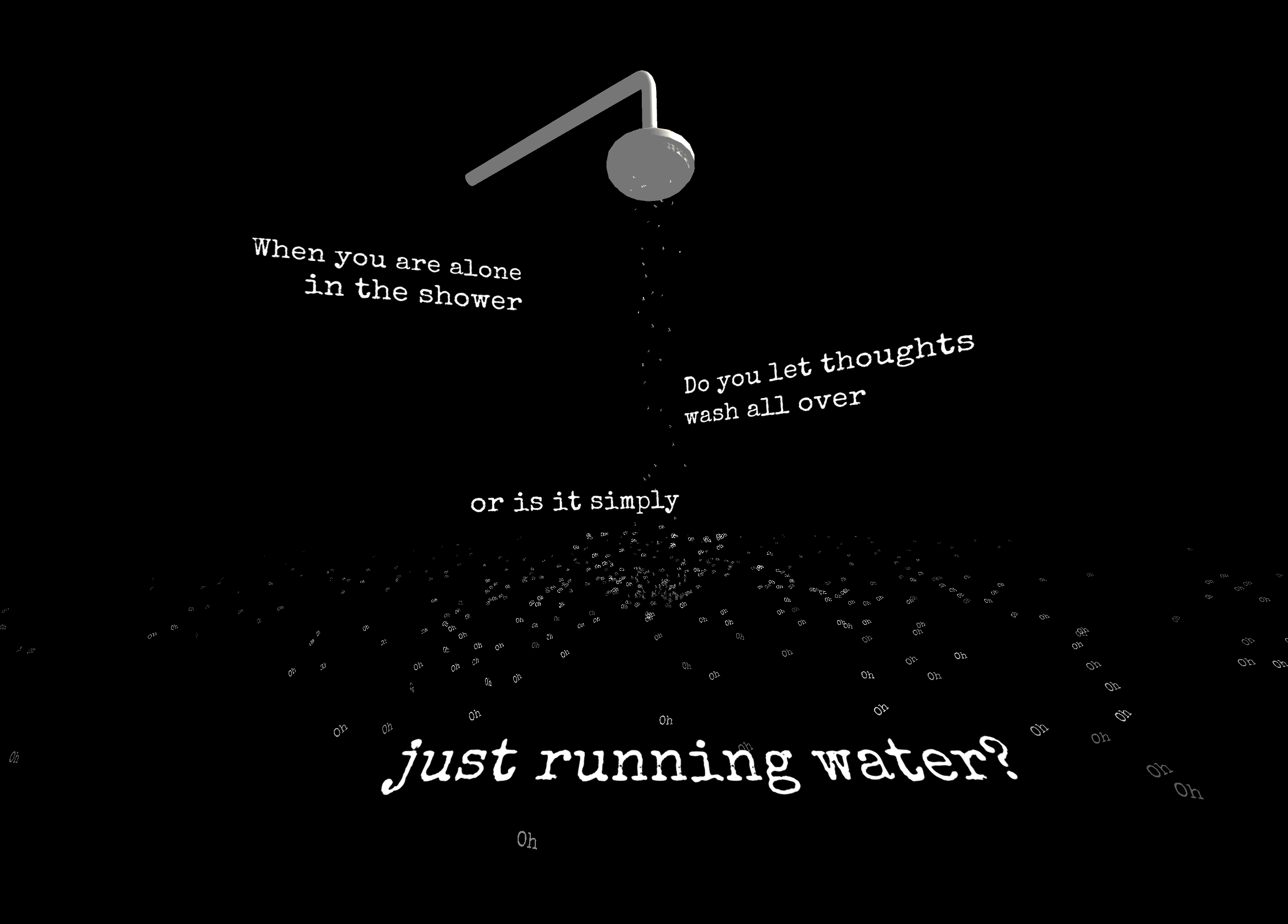 Texts running down from the shower head 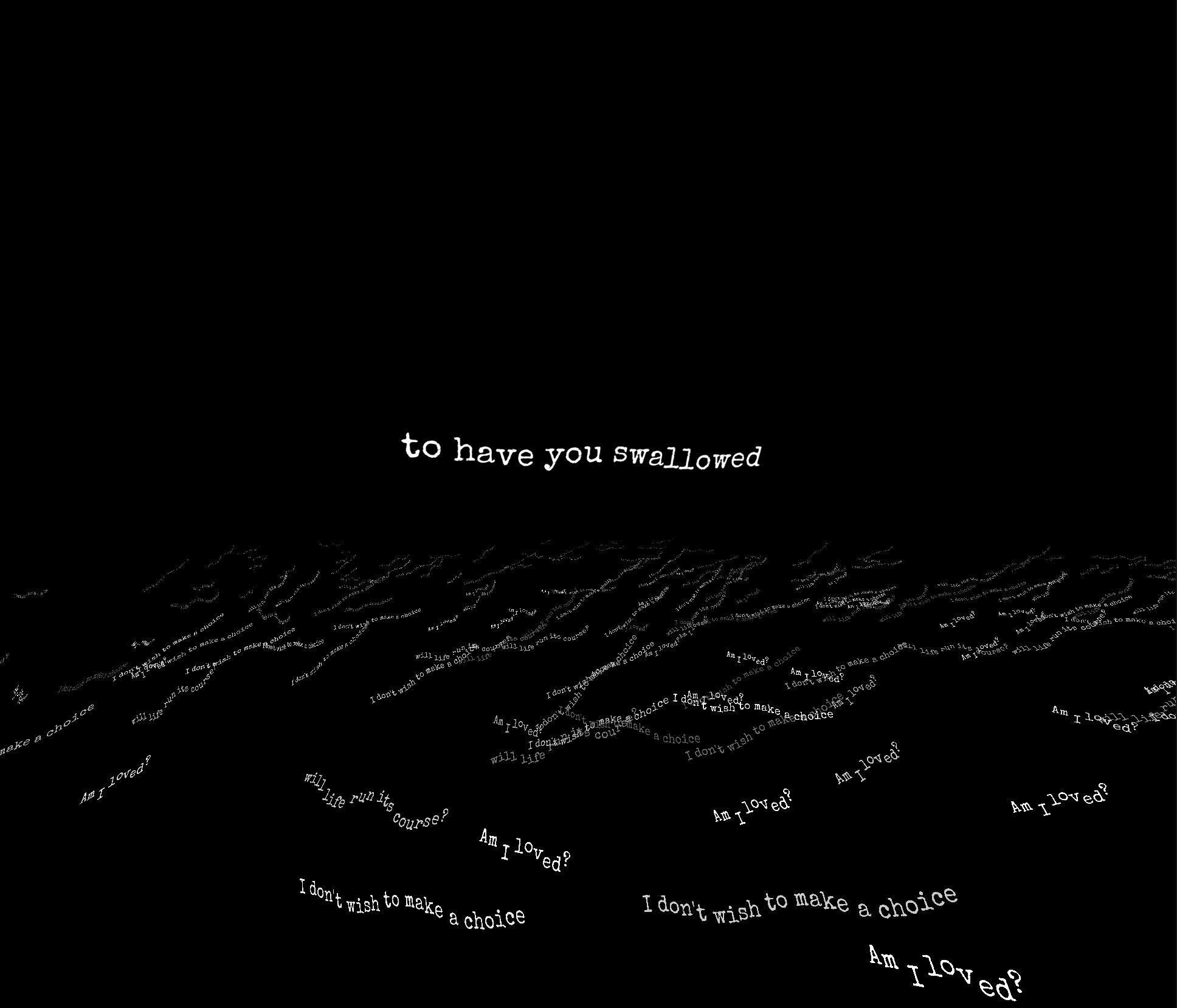 Texts as dynamic waves, spreading across the plane, before vanishing into the darkness

Notes of Thoughts was featured in the SAIC 2020 Fall Virtual Reality Exhibition. 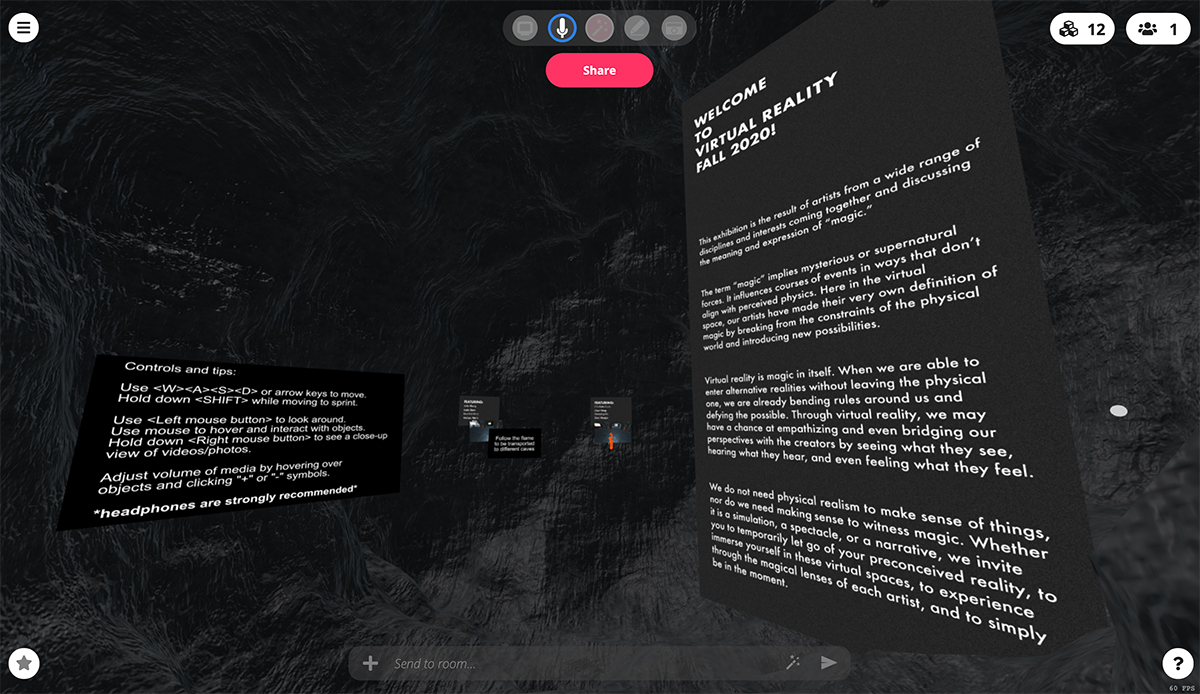 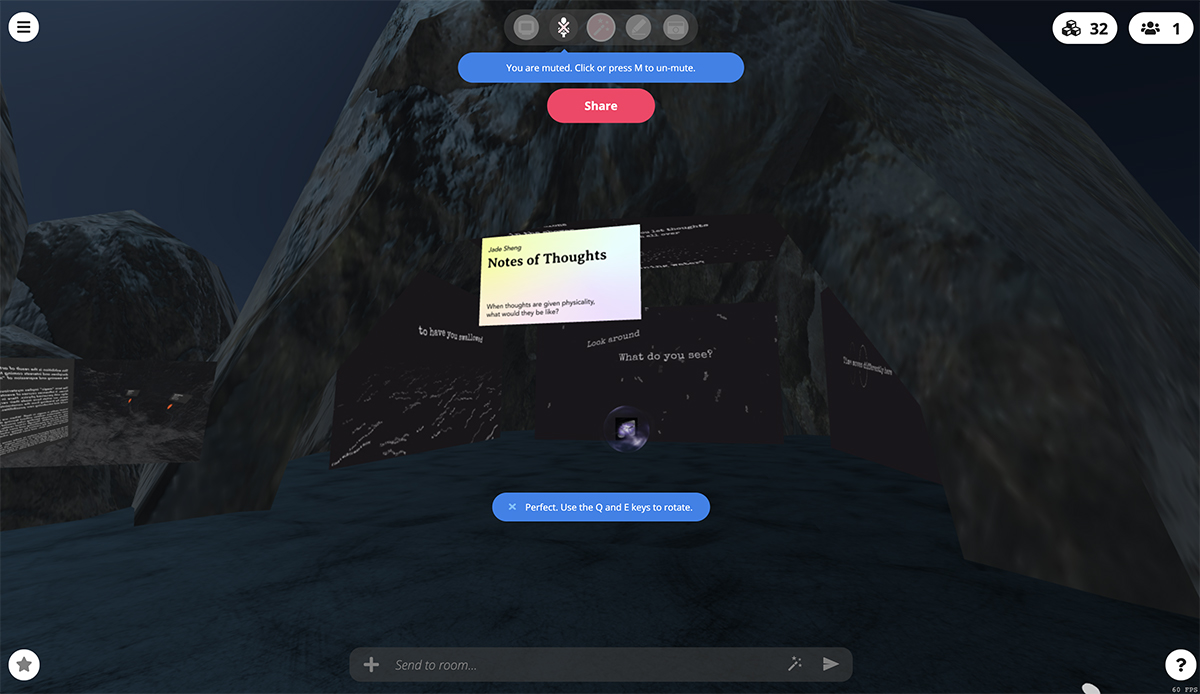 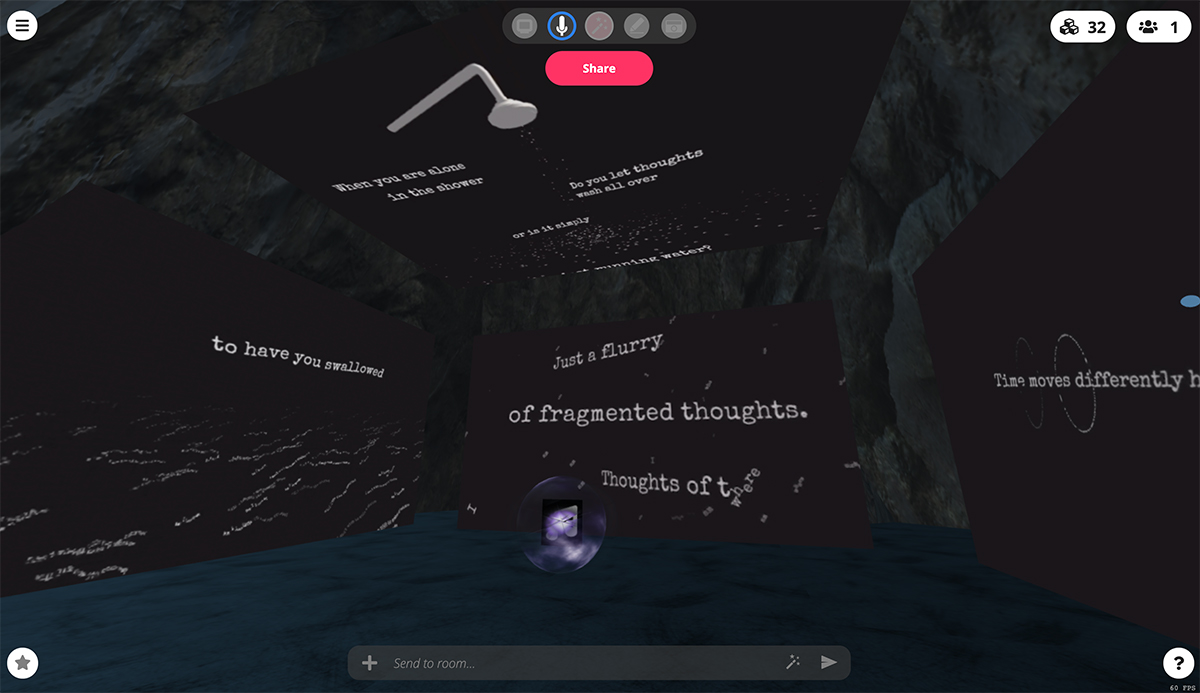 Back to Top 